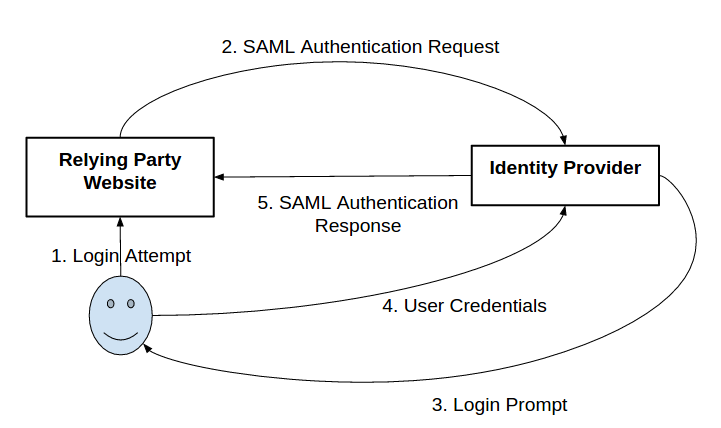 In this article, I am demonstrating how to configure WSO2 Identity Server to send user claims in SAML response. You can refer [1] to know more about user claims in WSO2 servers.

Enable Attribute Profile
Include Attributes in the Response Always

Next step is to configure the claim mappings inside the Service Provider configuration in WSO2 server. This has two scenarios which are discussed below.

Service Provider has no specific attribute names for claims 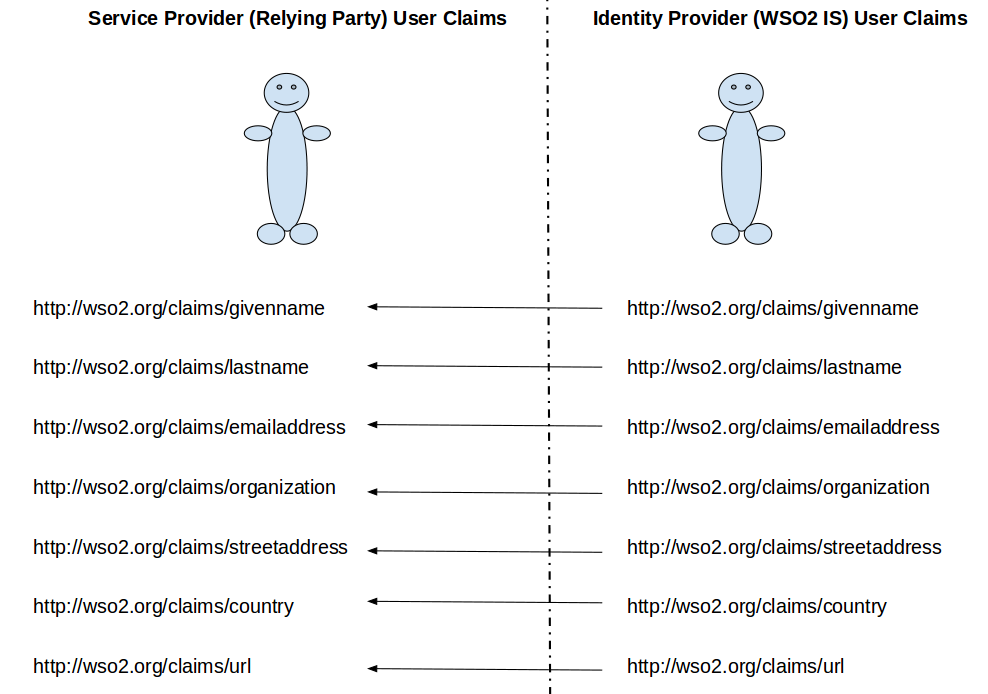 To configure this, go to the Claim Configuration section of the Service Provider configuration in WSO2 server and select the Use Local Claim Dialect option. Then, add the claims that should be included the the SAML response. The subject of the SAML assertion can be set separately by selecting a particular user claim in the configuration. 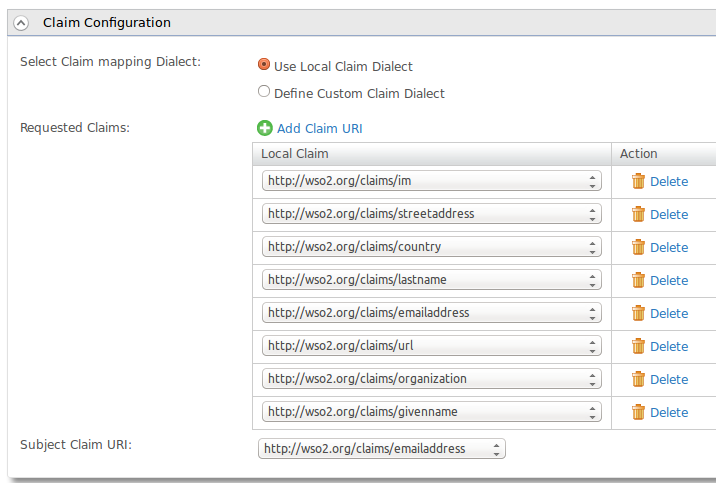 Then, when the user gets authenticated to the WSO2 server, it will include these claims in the AttributeStatement section of the SAML response. A sample is given below where user claim attributes are highlighted. 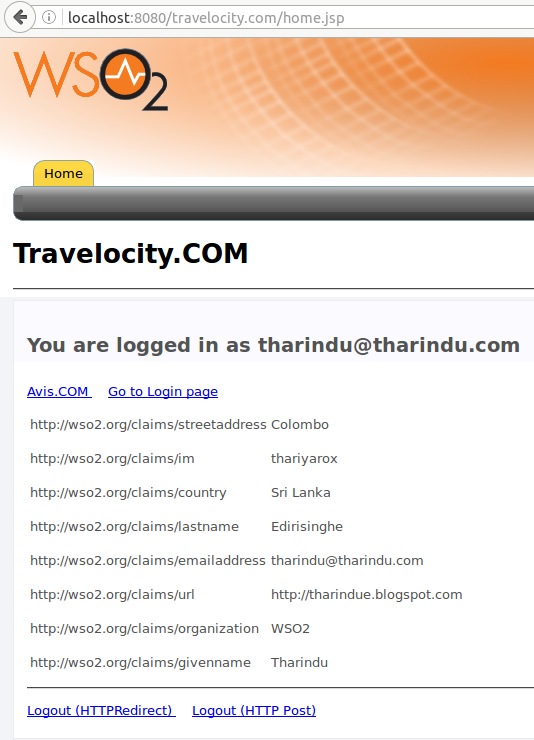 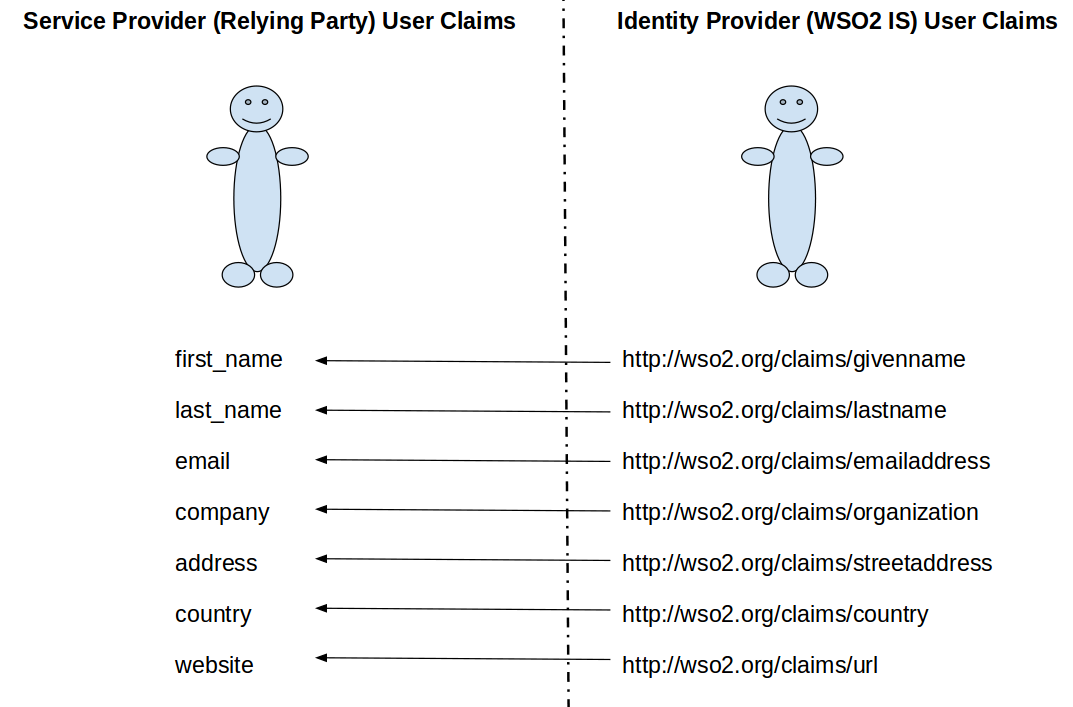 In a scenario like this, you need to sent the Claim Configuration inside the Service Provider configuration of WSO2 server as shown below.

We have to select the Define Custom Claim Dialect option and add entries for each user claim that you need to receive in the SAML response. 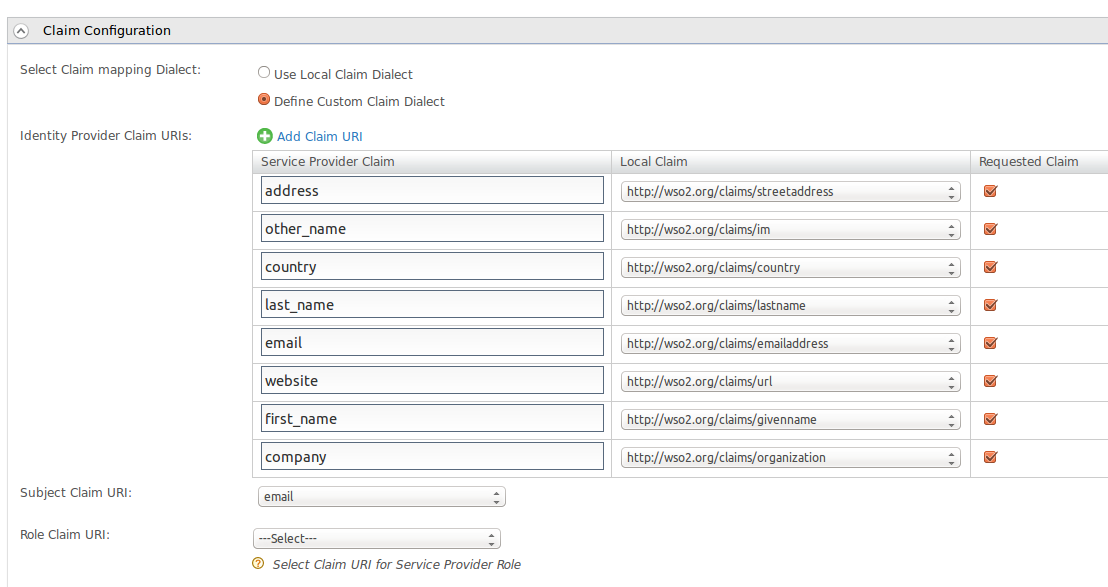 Local Claim is how WSO2 server knows a particular user claim and the Service Provider Claim is the attribute name that the relying party uses for identifying the particular claim. You have to select the Requested Claim check box as well for a claim to be included in the response. Out of the claims you have added, you can select a particular claim as the Subject Claim URI that would be set as the subject of the assertion.

Following is a sample AttributeStatement in the SAML response for above scenario where Identity Provider (WSO2 IS) has transformed its claim names to match with the claim names of the relying party, so that the relying party application can read and understand each claim of the user.

When using travelocity sample SAML relying party application, this is what we get after reading all the user claims. 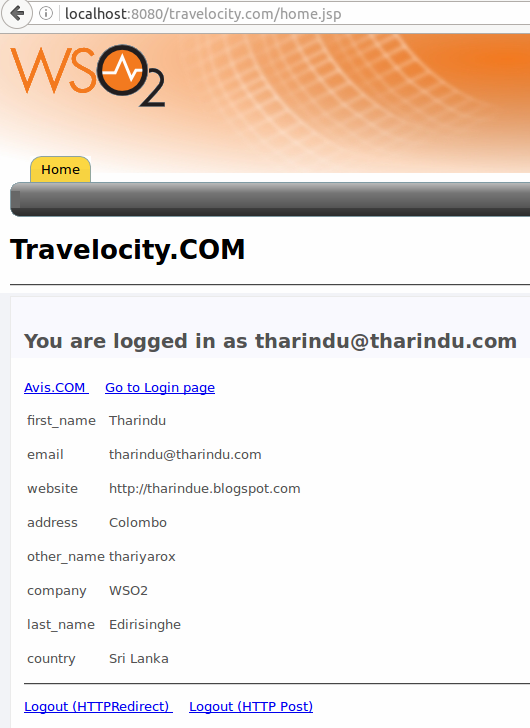